We sold this fossil. The “Irish elk” (Megaloceros giganteus) or “Irish giant deer” is the largest deer that ever lived.

Its range extended across Eurasia, from Ireland to China and it was extinct about 8,000 years ago. The name “Irish Elk” is often used because the most well-known and best preserved fossil specimens haven been found in lake sediments and peat bogs in Ireland. The Irish elk was carrying the largest antlers of any known deer. The specimen we offer has been found around 1892 in Ireland and is a very large, 5 or 6 years old, male. 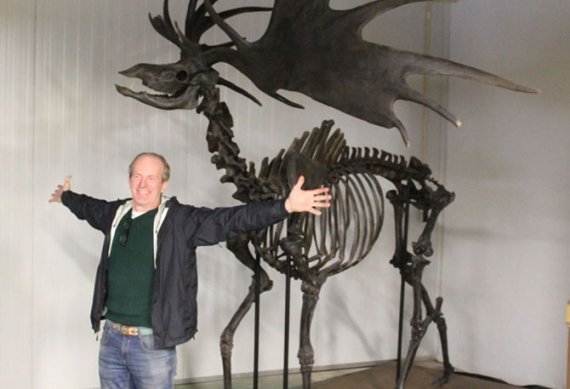 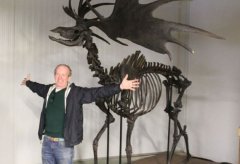 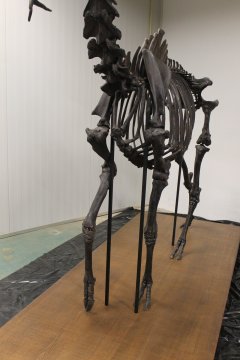 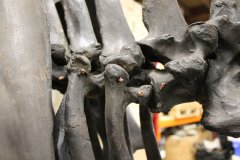 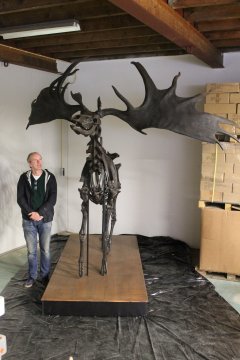 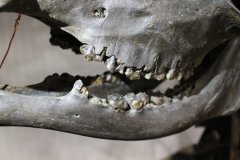 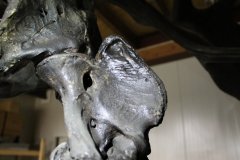 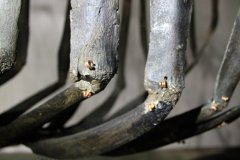 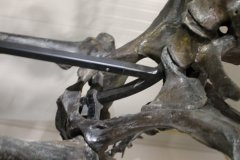 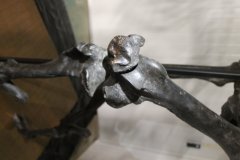